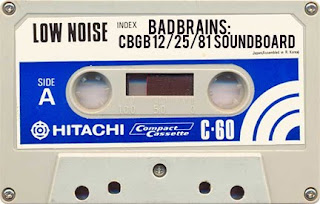 Now that hardcore is at the ripe age of approximately 30 years old, it’s effortless to conclude that the Bad Brains were the leading pioneers of the entire genre. This is quite ironic considering the fact that group objected that the term “hardcore” be used to describe the characteristics of their music. Critics of the band often cite them as being homophobic based on 1982 interviews in both Flipside (#31) and Forced Exposure (#2) where singer HR refers to shooting homosexuals. And then there’s the well-documented incident in Texas during the same year that involved members of the Big Boys and MDC that had homosexual leanings. These incidents of folly would permanently damage the reputation of any other band that was less talented and innovative than the Bad Brains. If anything this stands as an extraordinary testament to their greatness: stating unambiguously dodgy ideologies to a politically correct audience and still being respected by them.

This post will be the first of numerous entries devoted to the documentation of live Bad Brains material. This Christmas ’81 gig is not the preeminent Bad Brains live bootleg in circulation but it’s nothing to scoff at either. (In my opinion, if you’re a fan of the Bad Brains almost any soundboard live recording before 1987 or so is worth owing). Maybe this recording isn’t the most flawless soundboard recording by these guys in circulation, but you get thirteen and a half minutes of music that will melt your face. HR's custom introduction to "Supertouch" is awe-inspiring enough to induce goose bumps before the song even begins!

I've seen this recording listed on various trade lists as being 20 minutes in length. If anyone has the 20 minute version (or the full show for that matter), please contact me through the site. 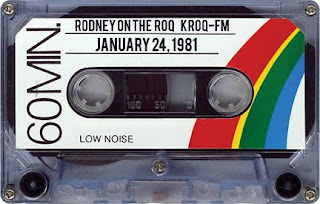 The emergence of the "Rodney on the ROQ" radio show should never be underestimated when considering the growth of the Los Angeles punk rock scene. Hosted by taste maker Rodney Bingenheimer, the radio show began in August 1976 on the relatively unknown KROQ radio station then based in Pasadena, California. Within a short time, the "Rodney on the ROQ" radio program stood in stark contrast to the West Coast country rock sound that was dominating mainstream radio at the time. Bingenheimer himself builds on this idea:"I was always anti-Eagles, anti-beards. Within a few months, I was playing four solid hours of punk rock." Because Bingenheimer had such autonomy over what he played as a DJ,
Tracks by the Damned, Bad Brains, Circle Jerks, Stimulators, Black Flag, Wall of Voodoo, Adam and the Ants, Plasmatics, Go-Go's, Eddie and the Subtitles, Dead Kennedys, and many more are all featured on the episode.
Wendy O. Williams from the Plasmatics phones in from New York to discuss the scuffle that had just occurred at their show in Milwaukee. She talks about the incident in which she brutalized by the local police, the concept of censorship, her recent infamous performance on the Friday's television show, etc.
Former owner of the Masque, Brenden Mullen also joins Rodney in the KROQ studio and speaks about his then new magazine, Slush.
The quality of this recording is excellent. It is a first generation recording taped right off the radio when this was originally broadcasted. Unfortunately this is the entire 4 hours broadcast and does not contain the Circle Jerks in-studio interview. If anyone has a recording of this, please write me through this website.
This recording was obtained from the excellent "From the Garage" blog. This blog has numerous KROQ-FM radio shows from the mid to late 1970s. This blog can be visited at: http://fromthegarage.blogspot.com/
DOWNLOAD:
http://www.mediafire.com/?eujudzimwzi
Posted by Chris Prorock at 9:44 AM 3 comments

A QUICK FIX FOR THE KIDS 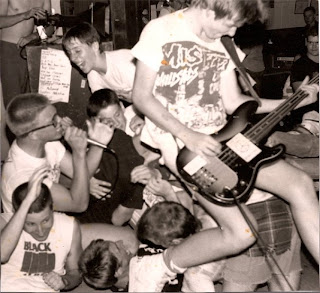 I am pleased to say that all of the download links for the recordings on this blog are now in proper working order. Instead of using totally inconsistent free upload sites, I have switched over to a reliable upload site that I am paying to use. It's a very small price to pay when considering how much time I wasting reparing broken download links and re-uploading certain recordings for people.
All patrons of the archive can now download whatever recordings they like with no troubles. If you notice any problem, please let me know if you run into any problems downloading.
Posted by Chris Prorock at 6:34 PM 6 comments