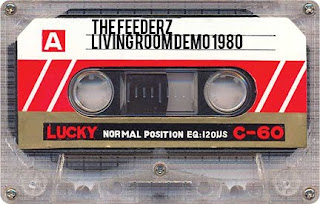 To me, the finest punk groups with the greatest sense of cultural vitality possess the skill to move past the simple confines of the genre. The Feederz are one of the finest examples of such bands. Before even playing a gig, the band distributed literature that was interpreted as being a terrorist communiqué. Their first gig was highlighted by singer Frank Discussion firing blanks from anAR-15 assault riffle into the audience. In 1982, Discussion composed an anti-school manifesto entitled “Bored With School” that posed as an announcement from the Arizona Department of Education. These pamphlets were somehow not checked for content and distributed in large quantities. Facing inevitable prosecution, Discussion fled Arizona and took refuge in San Francisco were the second lineup of the Feederz was formed.

Some testimony to their recorded output is clearly necessary. “Ever Feel Like Killing Your Boss?” is simply one of the best hardcore records ever released. The tracks are truly diverse and show that the band was musically competent and ideologically clever. The lyrical themes reside beyond the confines of political correctness while also being truly seditious. In situationalist fashion, the sleeve of the album is enshrined in sandpaper so that it could damage and thus devalue your other albums.

The “Living Room” demo was recorded in late 1979 and early 1980 and feature the first lineup of the group. These tracks were recorded in bass player Clear Bob's living room. All four songs from the "Jesus" EP are included on this demo as well as many tracks from the yet to be recorded debut LP. "Peter Gunn Theme" was compiled on the all California "Killed By Death" Volume 12 and “Stop Your Killing Me” has been compiled on “Killed By Death” Volume 14. 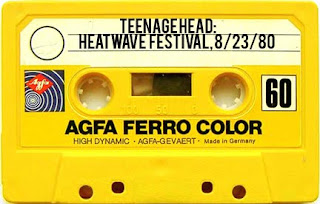 You wind up setting the standards pretty high when you name your band after one of the Flamin’ Groovies best songs. When considering the early output of Teenage Head, they rarely fell short of these great expectations.

Arguably the most popular Canadian punk rock band at the time, Teenage Head played early on a bill of new wave heavyweights. Holly and the Italians, Rockpile, Graham Parker, the B52’s, Talking Heads, Pretenders, and Elvis Costello and the Attractions also performed. The Clash were originally supposed to headline the festival but either cancelled at the last minute or were detained at Customs. The promoters of the Heatwave Festival lost a considerable amount of money because they expected 100,000 people to purchase tickets but only half that number attended.

This Teenage Head set was broadcast on FM radio. This set features songs from their debut classic self-titled album and “Wild One” from the “Frantic City” album. One reviewer described the Teenage Head set as: “two scraggly guys playing guitar and bass, and a crop-haired singer in long-tailed livery coat and eyeliner. ... good ol' head-banging ramalama punk rock. A large and vocal following cheered them on, and they played with confidence, as if they belong up front of all those people." Teenage Head's live album featured a picture of them performing at the Heatwave Festival.

Soundboard recordings also exist for the Talking Heads, Pretenders, and Costello sets and are in circulation.