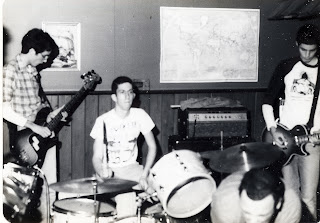 A great big fat hello to all you hardcores out there in the digital multiverse. This is my first post on this site in quite awhile. Anyway, I apologize to those people who have have been checking here for new content and release updates because there hasn't been very much lately. I was busy with a variety of different projects outside of the label/blog/distro, etc. I will be contributing much more content to this site regularly due to the many great releases on deck for the label.
I have also been fairly busy with behind the scenes More Than a Witness label stuff the last few months. I'm very excited because the upcoming releases that are taking shape are going to be absolutely killer. Really killer. The first of these releases is the UNITED MUTATION "DARK SELF IMAGE" LP.
This will be my third release and promises to be a serious stunner of ultra-manic dosed-out hardcore. If you aren't familiar with Washington DC's United Mutation and you're a fan of first wave American hardcore punk, you are in for a serious treat. If you're already aware of United Mutation, you almost certainly love their absolutely nightmarish hyper thrash that features some of the most brutal vocals captured during the early years of hardcore punk. This is music for loners and stoners alike, but at the speed of 100 miles per hour. Their debut EP "Fugitive Family" was originally released by Dischord/DSI in early 1983 and is a totally evil ripper of a hardcore platter. Dischord is very happy that this material will be in print once again on my release. United Mutation had a unique vision of what they considered hardcore and these musical contributions have stood the test of time and totally deserve the high quality vinyl reissue treatment.
The "Dark Self Image" LP will feature the classic "Fugitive Family" 7" EP that was originally released in '83 by Dischord/DSI as well as material that has never been officially released, as well as other totally previously unreleased material that went lost for decades on original master tapes stored at Inner Ear Studios. One of these lost tracks is titled "White Amerika", a crazed outtake from the classic "Fugitive Family" 7" session at Inner Ear. 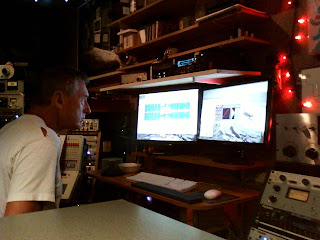 Here's a photo of Don Zientara mastering the United Mutation "Dark Self Image" LP at Inner Ear in late 2011. The "Fugitive Family" 7" EP tracks and the demo recordings have never sounded better! Virtually every unstoppable DC hardcore record was captured by Don in his studio so it made perfect sense for me to work with him on this release. 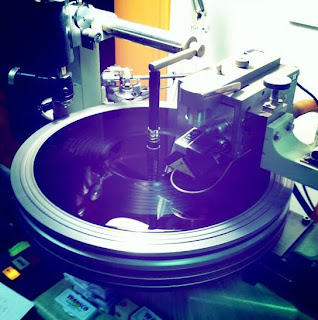 Here's the lacquer master for the "Dark Self Image" LP being cut by a Neumann lathe as this picture was taken. The lacquer was cut by Dietrich Schoenemann at Complete Mastering. The master cut sounds great: loud, aggressive, but still raw enough to maintain the sound of when this was material was originally recorded. 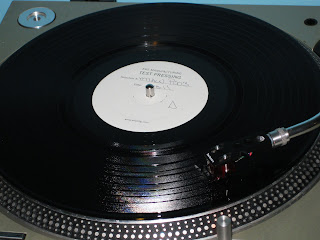 The test pressings arrived a little while ago and they sound excellent. I'm hoping to have this LP out in late February. The artwork and layout is currently being worked on by myself and Michael Brown, singer of United Mutation. Expect a high quality release featuring tons of unseen photos, flyers, liner notes, session information, and knockout artwork all housed in a swanky gatefold jacket. Many people have asked about a limited edition version of this release that can be obtained directly from me. I have tossed around a few ideas that I think will work well, but I have not fully committed to doing a limited version as of yet. Part of this depends on obtaining the correct materials to make my idea happen. I can say that there will be absolutely no preorders if there is indeed a limited version of this record.
Check back soon for more information about this release. I will be posting more shortly.
Posted by Chris Prorock at 12:11 PM